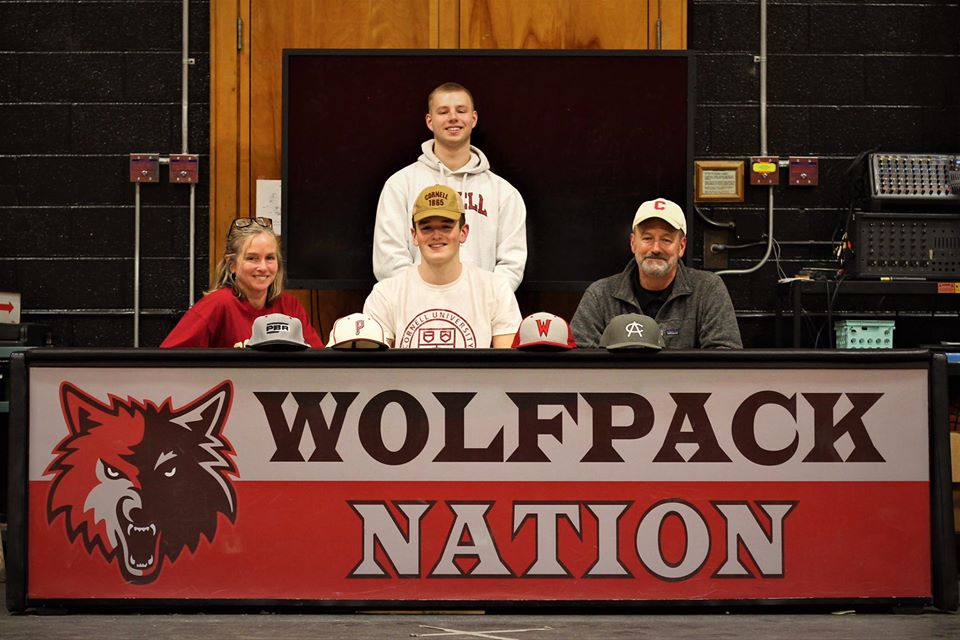 OESJ RHP Von Baker has committed to Head Coach Dan Pepicelli and Cornell University. Cornell participates in NCAA Division I as part of the Ivy League.

Baker becomes the first player ever from OESJ High School to commit to a Division I school.

“Von is a true student-athlete,” said OESJ Athletic Coordinator Travis Heiser. “He works hard inside and outside of the classroom. With a 92 MPH fastball, standing at 6’7” and weighing in at 235, he is a big presence on the pitcher’s mound. Also, he excels in the classroom.”

“He’s a very smart kid and academics are important to him and his family,” Heiser said. “He had a goal to play baseball at the Division 1 level while attending a top-level college, and everyone at OESJ is happy he gets the opportunity to do it.”

We would like to congratulate Von and the Baker family on his commitment to Cornell.